…I choose every word carefully,and make sure I pronounce them well… I can never let anyone think I’m ghetto.

That’s the problem we let people say stuff,and they say it so much that it becomes okay to them and normal for us. What is the point of having a voice if you’re gonna be silent in those moments you shouldn’t be?

The Hate U Give

The protest against racism was organised by the Black Lives Matter Movement in Nigeria (BLMMN). The convener, Josephine Okpara, stormed the streets of Victoria Island, Lagos, with other protesters.They carried placards with words such as “Black Lives Matter” and “Justice For George Floyd” written on them as they condemned the killing of African Americans in the United States of America.The protest comes after George Floyd died on May 25, 2020, after Minneapolis officer Derek Chauvin knelt on his neck for nearly 9 minutes during an arrest.

I was inspired to write this article because I read some comments online about Nigerians protesting about how Blacks are treated in the diaspora. Many Nigerians were against the movement,saying there are more important issues that needs to be dealt with. And I asked myself that, are these people enlightened at all? How can human beings be so insensitive? But then I figured that most Nigerians have alot of things to worry about,like the lack of employment,lack of FOOD,and shelter. The rate of violence and crime in now so alarming,that there is the issue of “rape”,which in my opinion,needs to be addressed.

Still,racism is something that cuts across the lives of all black people,Nigerians included. This is something we can’t easily notice,we feel it doesn’t affect us,because this is our own country.

If you study the history of slave trade in Africa,you would realise that this concerns each and everyone of us,as black people. Some may ask; what happens to those who are mixed? Or as Trevor Noah calls it in his book(Born a Crime) -“colored”. This brings us to why #Blacklivesmatter movement is not a war,but its an awareness movement, an overdue necessity.

This movement started in 2013 in order to create awareness and to highlight the issues of racism. People told their own stories of how they have to be self conscious. Books were also written to highlight what its like to live as a black person. An example is The Hate U Give by author Angie Thomas, who was inspired to write it after the real-life shooting of 22-year-old Oscar Grant by police in Oakland, California, in 2009. The book pushes us to ask questions like; How can we use our voices as black people to create change? How will we contribute to building a just society? And what actions can we take toward dismantling white supremacy?

Coming back to the question of ‘priorities’ in Nigeria. It is a known fact that Nigeria is still being controlled lowkey by the colonialists. We are neither independent nor free as a nation. This is because we are still connected to the people who colonised us. I listened to a TedTalk about how we are being deceived by the colonialists,and how we let them drain us of our resources and make us pay for our own resources. People asks questions like,why can’t we produce our own resources? This is because we are allowing ourselves to still be enticed by what the European brings to the table. Hence the need for we as Nigerians to be a part of the black lives matter movement.

How can we contribute?

Most people see themselves holding up signs,and Marching,which is good,but there are many ways to contribute,but its easier said than done. You can contribute by supporting Nigerian owned businesses,instead of looking forward to what would come through containers from the abroad. You can also donate and give your opinions or support through social media.

Yes,there are many other issues that needs to addressed in Nigeria,but as a black man or woman,if you don’t fight for your race now,it would affect you or the future generations later. People would find it normal to accuse a black man of a crime just because of his colour,black women would be seen as ‘the angry black girl’.

Very well written ….but Nigeria got lots more issues to sort why not protest against corruption, police brutality in Nigeria dats just the tip of the ice bug

It’s your opinion,but something we think its just a tip of the iceberg,could become a huge problem later

I doffed my hat, Nosato. This crisis is even more rampant among us than it is out there. I appreciate your intellectual property for this. 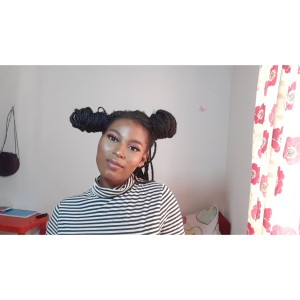